I needed the smallest watercolor set in the world for the Hobonichi Techo, so I came up with this idea for a tiny tube watercolor palette that holds lots of colors. I used cloth-covered buttons, and just glued them on. 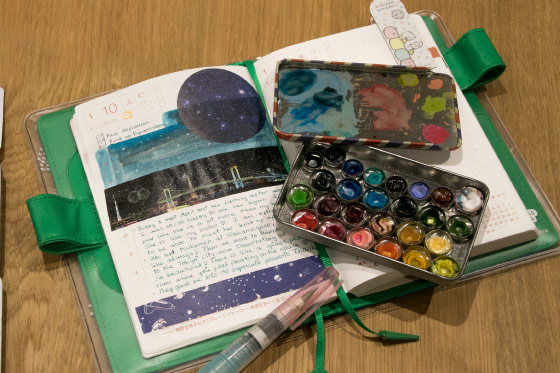 Esther’s handmade portable watercolor palette. The portable brush is filled with water, which is slowly released by pressing on the handle.

It’s amazing! I wrote a blog in Chinese about it, and in Taiwan it just took off. The MUJI name card case is a perfect size for it, since it’s so thin. And many people in the U.S. use Altoids mints tins, since the palette also fits perfectly in those too. 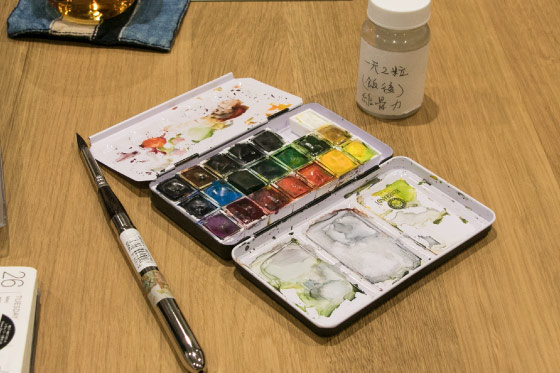 April’s watercolor set. She fills her grandmother’s empty medicine bottle with water, and uses it to wash her brush..

Tube watercolors are my favorite. They’re so bright, and the page doesn’t wrinkle since you only need a tiny bit of water.

I also use my grandmother’s medicine bottle to wash my watercolor brushes. It still has the instructions on it! ”Take two drops after meals.”

What time of day do you like to write and draw in your Hobonichi Techo?

Mostly in the evenings, and sometimes in the mornings. My friends and I also like to get together on weekends and write in our techos while drinking coffee. Sometimes we can go for five hours at a time! 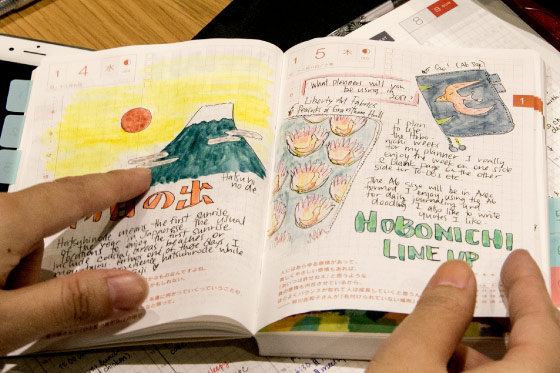 That’s fantastic! I wonder why you are so good at drawing?

My hobby since childhood has been doodling . . . especially penguins. That’s where I got the name for my Instagram account and blog, Penguins Creative. Later, after I went to the U.S., the Hobonichi Techo inspired me to start using watercolors and stationery, as well as to paint seriously and also to try urban sketching. Hobonichi truly helped start my adventures into the creative world!

I also started the #hobonichichallenge on Instagram together with people from countries including the U.S., Germany and Singapore. Each day has a different theme, which people then draw in their Hobonichi Techo (or other notebook). We’ve been doing it for a year. We choose seasonal themes or things that are fun to draw, like marshmallows, turkeys, maple leaves, etc. — there’s a huge community now in the U.S. 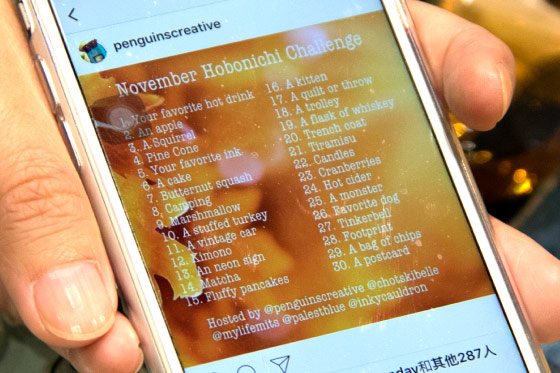 The Hobonichi Techo has so many fans outside of Japan. Foreigners usually first buy only a techo and cover, but then they keep buying more techo accessories from the website, and write about them on Facebook.

The Hobonichi Techo has really gained momentum since 2015. So many people are in the Facebook group now, and there are also unboxing tutorials on YouTube. People in the U.S. literally take videos of themselves spending a half an hour writing in their Hobonichi Techos!

How interesting! For you personally, how do you stay motivated to draw and write in your techo every day?

A tiny portion of it is obligation, since I have my Penguins Creative account! (laughter) I first started writing in my techo regularly in 2015, when I was doing a lot of things around Taipei while I was looking for work. I felt like if I didn’t write things down, it would have seemed like I wasted a year. I’m also having an awesome experience now studying in Boston, and I don’t want to waste a moment! I want to keep a memory of my 20’s so that I can flip back through my Hobonichi Techo and see everything I’ve done. 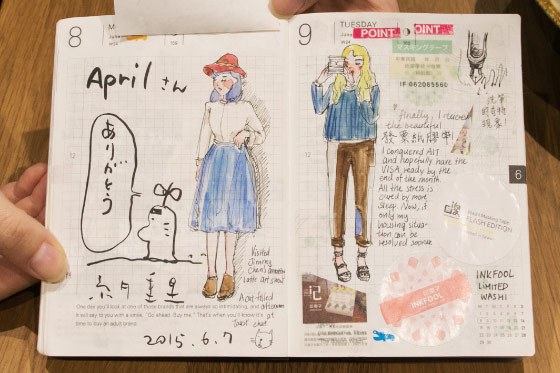 In my case, I am very busy and I need to plan my work. When you write your plans down on paper, you won’t worry about what you have to do. Sometimes I don’t have time to draw — but other times I start drawing without even noticing!

What kind of plans do you have for the future?

This year I started “urban journaling,” and I’d like to continue exploring how different people journal, sketch, and take notes. I plan to make a website, and to continue doing things like hosting Meetups and making videos. If you plan to do any Hobonichi Techo events in the U.S., please let me know!

We’re really excited about the 2017 Traveling Hobonichi which is one single Hobonichi Techo that is sent all around the world so that users can write in it. I actually happen to have it with me today, and I would love for Hobonichi staff members to sign it. 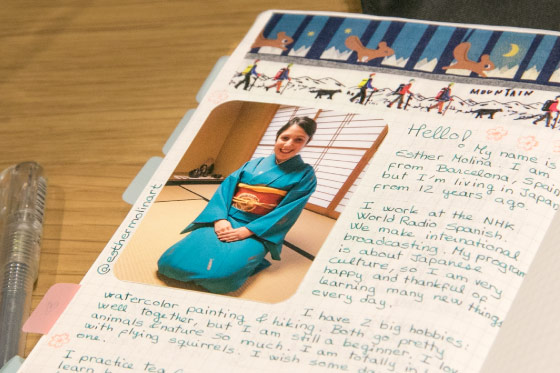 We held a charity auction for the 2016 Traveling Hobonichi, and it was purchased by a very sweet lady for 200 USD, which was donated to the nonprofit organization Doctors Without Borders. Next year I’ll be an organizer for the project, and we will give the techo to Hobonichi! 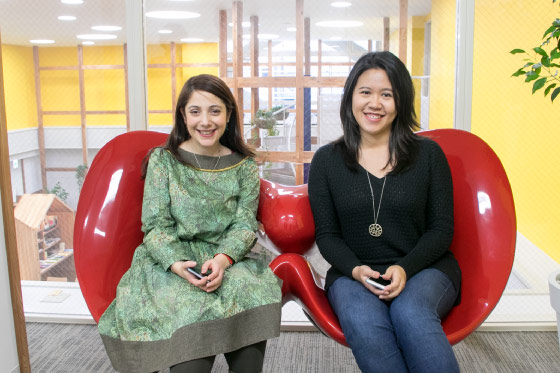