Inuyasha is a manga by Rumiko Takahashi that became a hit all over the world. The series is an adventure-drama starring protagonist Inuyasha and heroine Kagome Higurashi who travel with companions to collect the shards of the Shikon no Tama, a jewel that was broken into countless pieces and scattered across Japan.

The series ran for 11 years and 7 months and spans a total of 56 volumes. The deep story and powerful battle scenes are a major part of the series’ charm, as are the rich personalities of the characters, including Inuyasha, Kagome, and Inuyasha’s half-brother Sesshomaru. This cover encompasses all of that from the world of Inuyasha. 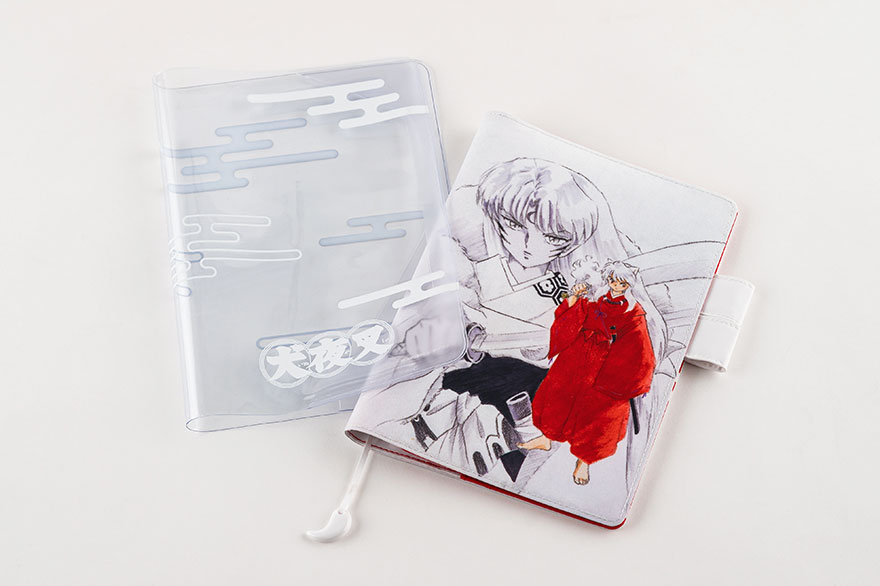 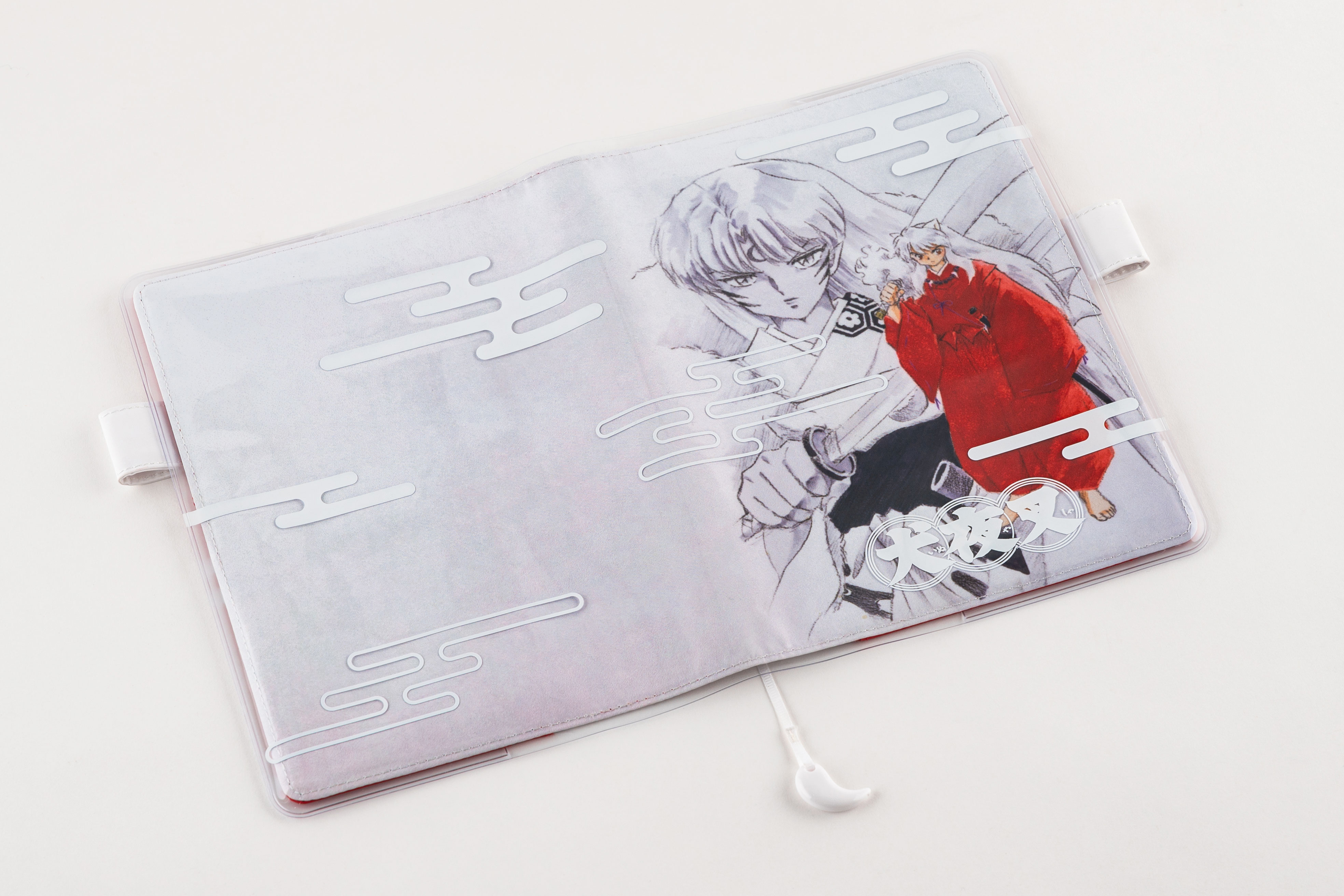 The Cover on Cover is printed with the Inuyasha logo and cloud illustration in white ink and offers protection for your techo cover from marks or grime.

When you apply the Cover on Cover to your techo cover, you can see among the lazily floating clouds the images of Inuyasha and Sesshomaru, half-brothers who battled for their father’s Tessaiga sword.

In addition to the visual effect, you can also enjoy how the Cover on Cover protects your cover as you carry it with you everywhere. 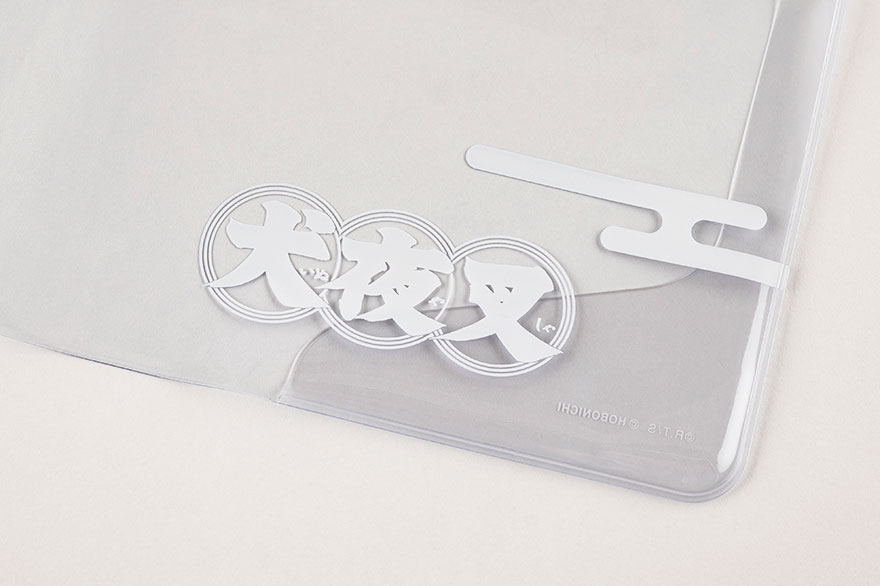 In order to recreate the delicate touch of the color illustration, the cover uses a fine-grain material that’s smooth to the touch. Takahashi’s illustration will feel like the real thing in your hands thanks to its delicate brush strokes and uneven coloring. 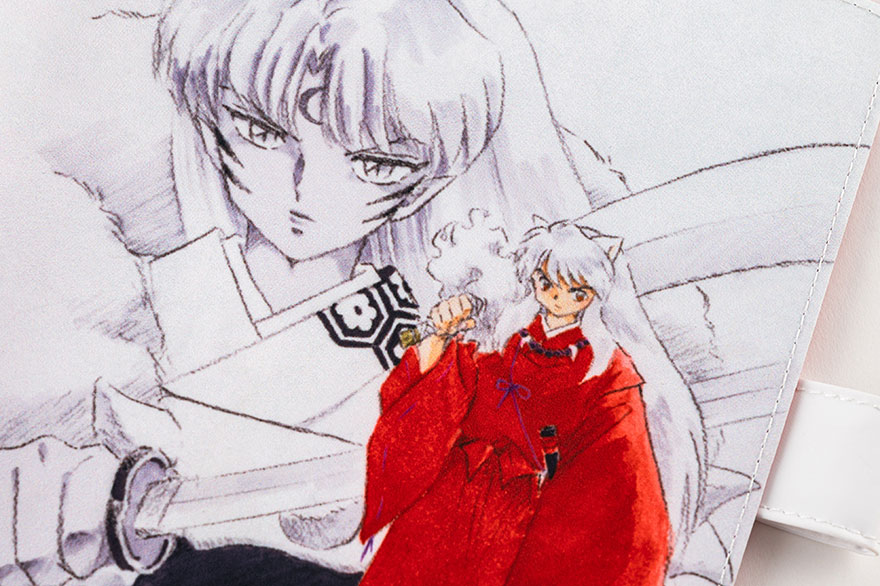 The bookmark has a magatama charm, and the cover interior is a red reminiscent of Inuyasha’s Robe of the Fire-Rat.

Sold separately is an Inuyasha Pencil Board. A daily techo with lots of space to write
This A5-size techo provides ample space on each daily page. It’s great for keeping in one place at home or at work and you can use it to track your child’s growth or exchange with someone.

Each 6-month daily techo is thin and light for easy carry
This techo splits the year into two 6-month books, making it easy to carry while keeping the same page design and layout as the standard edition.

A monthly notebook with undated pages to write freely
This techo starts with monthly calendars and ends with undated graph paper pages so you can write whenever you want, and as much as you want.

Actual specifications may vary from listing

Each item is individually assembled and sewn by hand by a factory worker. Best efforts are made to ensure consistent sizes and specifications, but there may be slight differences.

Color and print may vary slightly

This material is first printed or dyed and then later sewn onto the cover. While colors are designed to be consistent, there may be uneven coloring or slight shade variances between covers. This may also happen across a single cover, such as a pocket compared to the rest of the cover. In addition, on rare occasions, there may be small black or white dots visible on the print. This is an unavoidable aspect of the manufacturing process.

Cover may contain variations in stitching or loose lining

When this cover is open flat, exterior stitching areas may appear puckered and lining material may be loose.

Pen holders are rigid at first

The pen holders are rigid at first, making it difficult to insert pens. You can speed up the breaking-in process by rolling the pen holders in your hand.

The pen holder is designed to perfectly fit the 12.2 mm (0.48”) diameter Jetstream pen offered as a free Hobonichi Store Exclusive. Pens with certain shapes and materials may be difficult to pull through the holder. The holder can fit pens up to 13.5 mm (0.53”) in diameter.

Please use caution and avoid pulling the charm or tassel on the end of the bookmarks, as it may cause them to rip off.